Generous Portions at Prices That Make it a STEAL
Indulge Your Inner Bad Boy!

Here’s an appetizer you can’t refuse or you’ll be sleeping with the fishes. Fresh sliced zucchini planks hand-breaded and fried to a golden brown and served with your choice of dipping sauce: Ranch, Cocktail, or Boom Boom
12.99 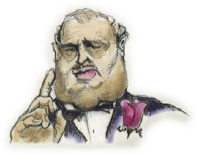 When you are a divorced 35-year-old man living in a van down by the river, you will find a lot of inspiration from these amazing Fried Pickles
6.99 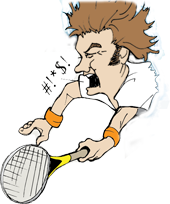 You don’t have to be there to enjoy these! Chicken or Shrimp with house Kimchi and drizzle of Asian sauce in a crisp wonton shell
7.99

It’s no secret this appetizer is sure to please the ladies. Large flour tortilla filled with salsa, Cheddar and Monterey Jack cheeses, grilled chicken or steak, peppers and onions served with salsa and sour cream
CHICKEN 12.99
STEAK 14.99

Aaaaaayyy. A big thumbs up to this appetizer. Both breaded and beer-battered mozzarella sticks with a side of marinara that’ll make you say “Whoa!”
7.99

CHRIS FARLEY modeled much of his delivery and comedic sensibilities after the late John Belushi.

These burgers are dedicated to the rock and roll Bad Boyz in all of us…and everyone knows good girls always fall for the bad boyz! All burgers start with our 8 oz. Certified Black Angus beef patty and then we add in the excitement…

Put a ring on his finger, a ball and chain on his ankle, and you’ll tame yourself a bad boy. Grilled ground 8 oz. Beef patty topped with melted provolone cheese, tomato, vinegar cole slaw and French fries. Just like they do in the “’Burgh, yunz.” Served on potato roll
10.99

Some want to be bad but just are not ready…Start with our 8 oz. Certified Black Angus and add cheese – Cheddar, Pepper Jack, American, OR Swiss.
9.99
ADD BACON 1.49

If the Man in Black had this black and bleu 8 oz. Burger served with sautéed onions, peppers, bacon, lettuce, tomato, topped with real bleu cheese crumbles, spicy mayo, and served on a potato roll to pass the time we may not have one great album he wrote inside Folsom
11.99 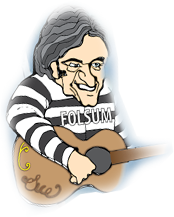 When you are on the run from the “G” men, this burger will keep you going all day long. 8 oz. ground beef grilled to perfection with melted American and Cheddar cheese with our very own “Bacon Jam” topped with shredded lettuce, fried onion straws, tomato and a fried egg to finish it off. Served with house made chips
10.99 If you have the munchies, this salad is perfect for you! “Stoner” ground flour tortilla made into a crisp bowl filled with shredded lettuce, topped with cheese, tomatoes…look at the birds outside…wait, what was I talking about? Oh! The salad man, yeah…olives, sour cream, salsa, and ground beef that we seasoned special for you
12.99 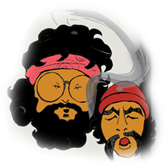 TOMMY CHONG broke a record while “DANCING WITH THE STARS.” By the time he got to the semi-finals at age 76, he was the oldest celebrity to ever make it that far.

Whether you walk or have a taxi drive you here, it’s worth the fare. Thinly sliced ham, melted Swiss cheese, whole grain mustard served on a pretzel roll
9.99

Nothing short about this sandwich. You’ll need both hands to eat it! Slow roasted Texas brisket served French dip style on a hoagie roll with caramelized onions, and pepperjack cheese. Au jus on the side for dippin’
10.99 No need to risk your life fishing the dangerous waters of the north Atlantic for cod. This sandwich comes with fried cod, lettuces and your choice of cheese
10.99

Hand tenderized by the Champ himself. Shaved ribeye with sautéed onions, peppers, and American cheese piled high on a hoagie roll
Yo Adrian!
10.99
ADD DOUBLE MEAT 3.00

“I’m not a crook” when it comes to loading this wrap full of flavor! Chicken tenders tossed in Buffalo sauce with romaine lettuce, diced tomato, Asiago cheese and Parmesan peppercorn dressing
10.99

After more than 50 years, the secrets are being released; This Cuban Panini with thinly sliced pork roast, melted Swiss cheese yellow mustard, pickle slices and Applewood ham on a grilled Panini style sourdough bread, will be worth the wait!
9.99 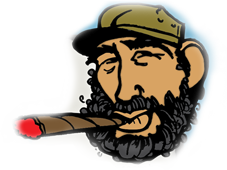 During his time in Sicily and letting the heat die down he enjoyed this Baked Italian Grinder shaved ham, salami, pepperoni, and provolone cheese baked on a sub roll, topped with seasoned lettuce, tomato and banana peppers
10.99 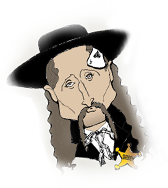 Add sautéed onions and mushrooms for
.99

Sometimes you need something “Devine” in your life. Try this 6 oz. Ranch quad sirloin done your way. Even Elizabeth would agree this is devine. Choice of 2 sides
14.99

So good you’ll walk the plank for this salmon. Broiled and finished with a raspberry glaze. Choice of 2 sides
17.99

The ex-wives got everything but this steak so “comb-on-over” and order up a 12 oz. New York Strip steak grilled to your liking. Choice of 2 sides
25.99

Can you catch this whale of a fish dinner? Battered cod with seasoned fries, cole slaw, and tartar sauc.
Arrrggghhh
15.99

While DONALD TRUMP went to elementary and middle school in Queens, NY, he started getting in trouble in his teen years. That prompted his parents to send him to New York Military Academy in the hope that it would straighten him out.

Say hello to my little friends swimming in a sea of garlic butter and pasta. Served with salad
15.99 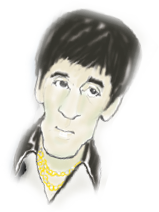 No, this isn’t a sloppy joe, but this chicken and broccoli Alfredo pasta will make you understand why Bad Boyz really like the lunch lady
Served with salad
15.99

After years of fighting with the chicken, he finally won and created this lightly seasoned 4 pc. chicken tender meal served with fries
13.99

Add sautéed onions and mushrooms for
.99

Side of our famous seasoned chips
1.99

In April of 2007, Hugh Grant was in trouble with the law again after hurling a container of baked beans at a photographer: no charges were filed.

Are you a true bad boy? Take our challenge to prove it! Get your name on the wall, get a t-shirt, and most importantly get bragging rights.

Quadruple Bad Boyz burger with 2 pounds of fries in one hour
29.99 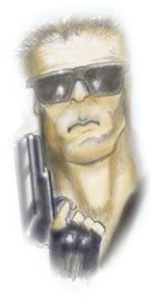 Sure the Bad Boyz dominate the menu but we all know that the dessert really makes the meal. It doesn’t get any Badder than these Bad Girlz!

You’ll give a damn once you try this dessert. Warm apple fritters tossed in cinnamon and sugar drizzled with caramel and vanilla ice cream
4.99 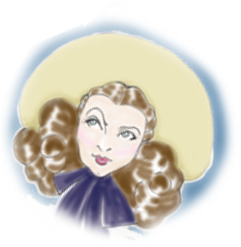 WILD BILL HICKOK ended up in Deadwood, South Dakota, during a gold rush, and on August 2, 1876, he was playing poker in the No. 10 saloon when a local miscreant named Jack McCall shot him in the back of the head and killed him. The legend of “Wild Bill” Hickok says he was holding a pair of aces and a pair of eights (and some unknown fifth card), and in poker such a hand is known as the “Dead Man’s Hand.”

QUOTE from “The Godfather”:
“Fredo, you’re my older brother, and I love you.
But don’t ever take sides with anyone against the Family again. Ever.”
– MICHAEL CORLEONE

*Consuming raw or undercooked meats, poultry, shellfish, or eggs may increase your risk of food borne illness. May be cooked to order.